From water to the sun and stars

Scenes of the Dnipro

The fiery history of the Dnipro

Dnipro is one of the most beautiful cities in Ukraine

Decoration of the regional center – the Dnieper River – one of the largest waterways in Europe. Its width in the central part of the city is more than 1.5 km. The Dnieper shores are adorned with the longest quay in Europe, almost 30 km long.

Spiritual wealth of the Dnieper

Dnipro is cultural and historical 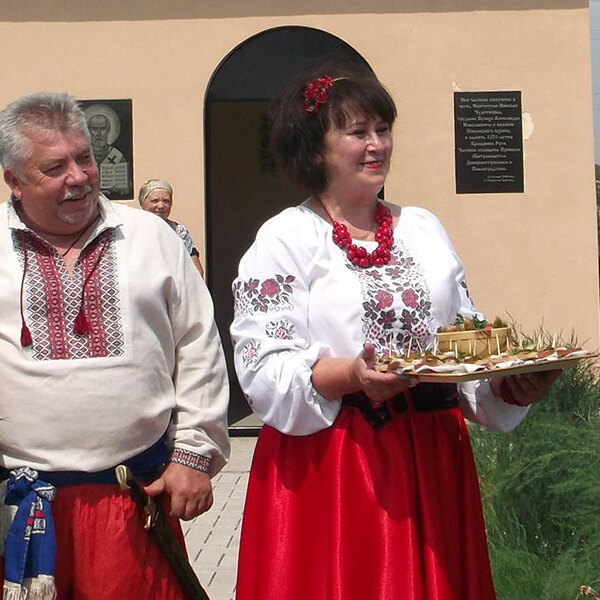 Cossack roots of the Dnipro

Dnipro - the heart of the Dnieper

One of the most beautiful cities in Ukraine

Decoration of the regional center – the Dnieper River – one of the largest waterways in Europe. Its width in the central part of the city is more than 1.5 km. The Dnieper shores are adorned with the longest quay in Europe, almost 30 km long.
An open-air pedestrian bridge connects it with the Monastery Island, where, according to ancient legend, in the ninth century there was a Byzantine monastery, where Princess Olga escaped from the storm and Prince Vladimir stopped. The decoration of the island is the snow-white Mykolaiv Church and the artificial waterfall “Roaring Threshold” 17 m high.
On the Festival berth of the Dnieper embankment there is an art object near which the Dnieper and guests of the city love to be photographed. This is a Ball of wishes weighing 2 tons and is said to have the wishes made here come true.
A variety of sculptures, fountains, cafes and restaurants are concentrated on the waterfront. Here you can sit on the longest in Ukraine 50-meter “Family” bench and on the bench of lovers under the Tree of Happiness. Embankment is a light-music fountain “White Swan” mounted on the surface of the water. Thanks to the modern technology of laser spraying, the fountain rotates and seems to flap its wings, the height of the central jet reaches 50 meters. And on the waterfront there is a fountain “Sphere”, which is reminiscent of a large dandelion in which splashes are loved by children
Almost in the middle of the Dnieper embankment is the Dnieper Circus. At the time of the construction of analogues of this building was nowhere in the world. It has a tent cover made of precast concrete elements. By day, the roof of the circus is a tent, and in the evening, when the “circus lights the lights,” as in the focus of an illusionist, it turns into a volcano’s throat, from which fire carved beasts escape, shining in a ray of colorful illumination.
For decades, Dnepropetrovsk was considered not only an industrial region but also the cosmic capital of Ukraine. This was the reason why the regional center for foreigners was closed. Today, cosmic symbols decorate the streets of the Dnieper. In the Rocket Park there are three products of the Yudmash plant. In particular: the 8K11 is one of the first Soviet ballistic missiles, the 8K99 rocket is the first with a mobile launch and the tallest, more than 40-meter, lightweight three-stage Cyclone-3 rocket to launch spacecraft of various designations into near-Earth orbit. By the way, these are not models, but real rockets. Yes, the 8K11 is capable of overcoming distances of up to 200 km and carries a charge of 1 tonne. The maximum flight range of 8K99 is 7 thousand km. More information on space topics can be found in the National Center for Youth Aerospace Education, which presents real space stations, satellites, missiles, units that are part of various missile systems. Visiting Interpipe NTZ may be an interesting industrial tourism destination. This metallurgical smelter will turn your mind about traditional metallurgical enterprises. He is known for his artifacts, authored by Danish artist Olafur Eliasson. The most famous of them are the Dnieper East – the artificial sun, raised at ground level by 60 m, and “Your fiery pattern” – huge drawings on the facade of the plant. Noteworthy is the tunnel of time at the entrance to the enterprise.